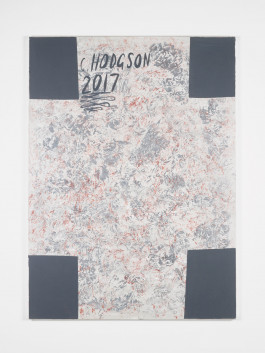 As London Gallery Weekend is upon us, we are turning our focus to artist Clive Hodgson.  Our friends at Arcade are pleased to present a series of paintings by Clive Hodgson (UK, 1953) kindly hosted by Drake’s at their flagship store on Savile Row.

Clive Hodgson (1953. UK) first rose to prominence in the UK in the 1980s with a body of figurative painting but has since sought to deconstruct compositions to their pictorial component parts. Recent works feature primary colour, minimal lines, both gestural and printed marks, pure abstraction and decorative devices. Each boldly incorporates both his name and the year in which they were produced, being thus less abstractions but rather exercises (perhaps reminiscent of 19th century, cross-stitched samplers).

The blatancy of recent abstractions by Clive Hodgson is perhaps a function of the sheer urge to make painting 'difficult' again, in a time when almost anything seems assimilable into the open field of contemporary art. It is hard to imagine any painting creating the sort of unease today that Hélion's or Guston's style shifts did. Yet Hodgson's refusal of any 'touch', his ultra-thin application straight onto white primer, and his use of ornamentalism, are all truly and excitingly disconcerting. What emerges is the ability of colour, form, structure, illusion and expressive mark to assert themselves even in the absence of any 'simpatico' handling. The pictures come alive; and the mysterious terms in which a painting succeeds or fails (or both simultaneously) are themselves partly the object of the work's investigations. Remarkable, too, is that such empirical pictorial experiments are not lacking in wit, humanity even poignancy. (Merlin James) 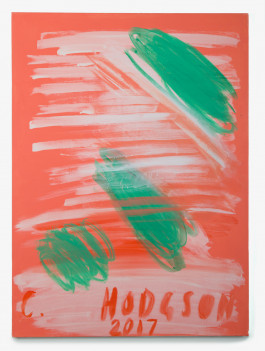 I tend to work with groups of paintings which cluster around a vague idea. After a while, a new idea begins to occupy me, and a new group begins to emerge, partly in response to the previous group. I think the word is heuristic. Nothing is ever the ‘answer’. I look at white canvases for a long time, trying to figure out what to do and still being uncertain. In the end, I have to jump in. 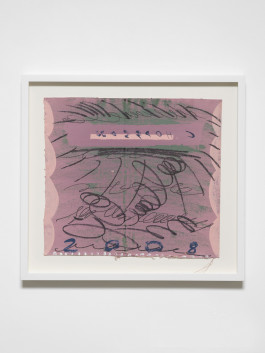 Who are your biggest influences?

There are too many names to name. Like most painters I’ll take what I can from all the greats and not so greats. One can learn from and take from not very good art as well as good art. If something strikes me, I’ll remember it. It is also true that I am influenced by painting that is not ‘art’ – painted signs, scribbles, spills, and also painting that is used in a decorative context. Influences are so complex – it is not easy to track where ideas come from. Naïvely, we tend to assume they are our own. 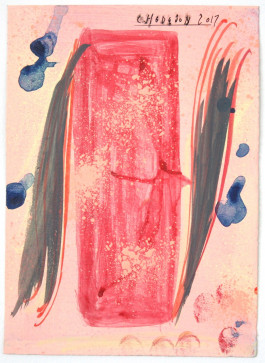 Can you talk about the role that ornamentation plays in your practice?

Ornamentation and decoration have always been part of the world of painting. The question is to do with their status – whether these things are peripheral or central. In my view the elements of painting are not hierarchical and neither central nor peripheral.  Ornament and decoration are an important part of the whole ‘vocabulary’. Furthermore, the element of pleasure that they suggest or embody, appeals to me. 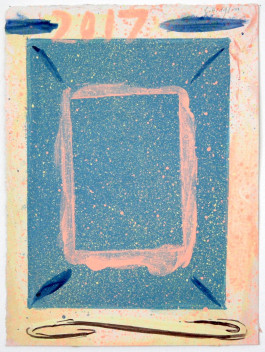 How important is material in your work?

Painting is above all a material thing - marks with pigments on a surface. For me the pigments have a magical quality to them and to a large extent my painting is an exploration of how to celebrate these pigments’ qualities. Almost all painters are similar in this obsession with pigments and different kinds of surfaces and techniques. The potential beauty of the materiality of painting is surprisingly easily lost in a big mess of effort and good intentions.

A studio without a chair and without good light would be hard going. I love the light, and my indecision means I need a chair to sit in, in order to figure things out. Luckily I have both in my studio. 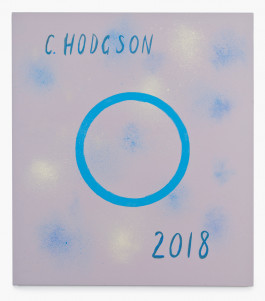 I recently spent a lot of time reading the work of Hubert Damisch, a French art historian, philosopher and theorist. It was hard work! His grasp of the complexity of what painting is, was, and therefore, implicitly, might be, is extraordinary. The problem for me is that what I read with interest I forget with alacrity. Poor Hubert Damisch would find me a bad student.

No, I don’t really work with ‘projects’ and I don’t project much into the future. The next thing is always small things in life and the next painting, and that always goes wrong. I’d like to be peaceful, if that is possible.

All images courtesy of Arcade: